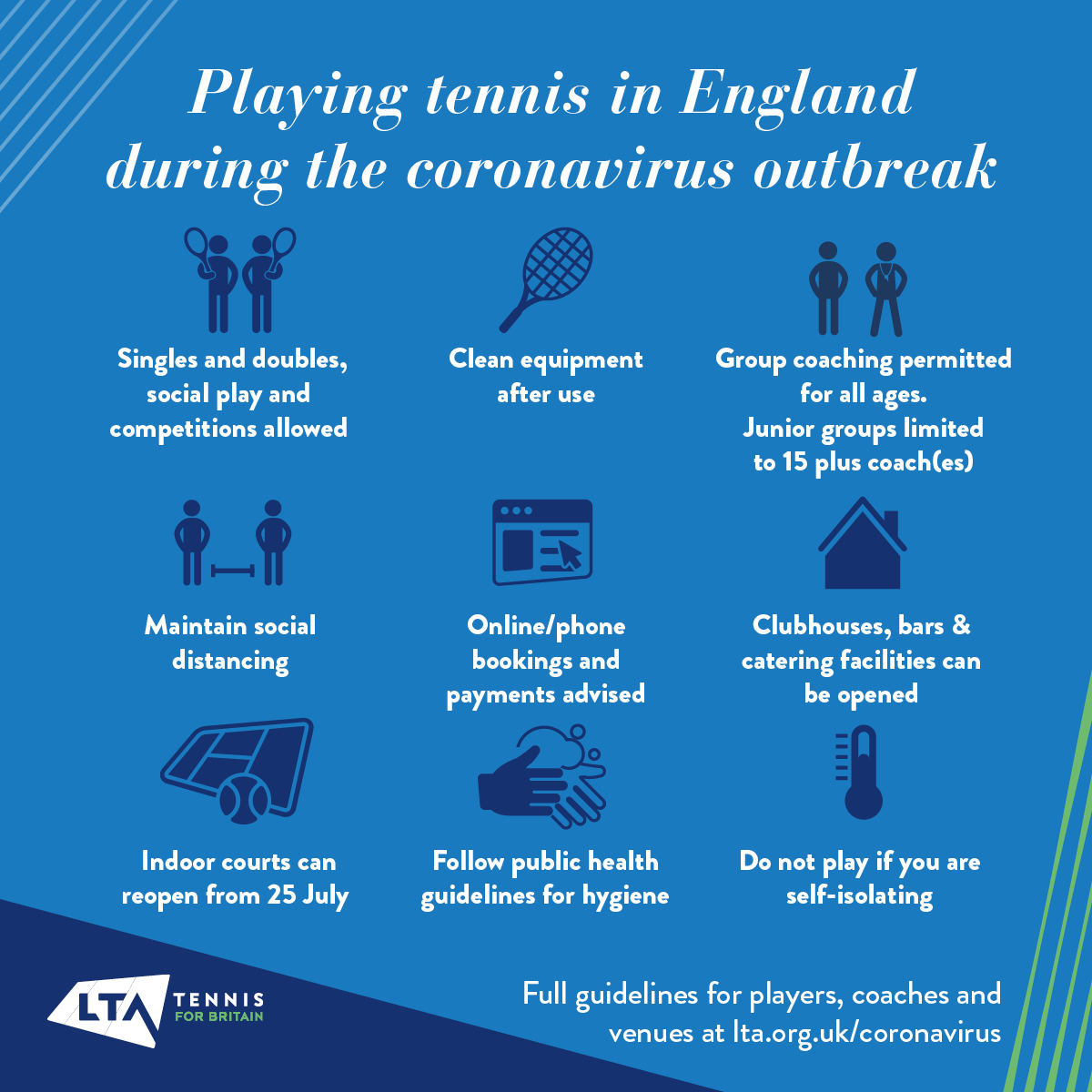 FAST4 Tennis provides a simple, exciting way of speeding up a conventional tennis match. The fundamentals of tennis remain the same, but there are four rules that ensure matches are fast, competitive, exciting and can be completed in a reasonable period of time. This ensures that we are able to comply with the booking regulations set by the club and also continue to be responsible with the act of social distancing. At the bottom of this document is a simple guide to how FAST4 is played.

We would like interested members to submit their names and/or pairings to the administrators named below by 10 June 2020. A draw will then take place and the players and/or doubles teams will be allocated to a box league of between 5 to 6 people/doubles pairs which will be named A, B, C … If you submit your name/pairing after the initial submission date you will be allocated to the bottom group or a new group formed if sufficient numbers are present.

You can play both singles and doubles and female and male players will compete against each other. Additionally, if you would like to play doubles but do not have a partner please submit your name and interest in doubles play and we will pair you with someone from the pool of available people.

Each group will have the contacts of the other players on their own WhatsApp group so that they may be able to arrange matches and post results of the matches played.

After 1 month, the top 2 individuals/pairs will be promoted and the bottom 2 will be moved down one group. Group ranking will be determined by number of matches played, win/loss aggregate and in case of a tie it will be decided on the basis of games won/loss.

Want to know more about FAST 4

It doesn’t matter how you get there, just make sure you do before your opponent does!

2. Tiebreaker at 3 games all

If the score reaches deuce, it’s a sudden death point. The receiver chooses which side to take the serve on. This also applies in doubles with the receiving pair deciding who receives the serve. However the pair cannot change positions.

If you would like to join, have any questions or queries regarding this box league, participation or its rules please contact the club secretary at secretary@shltc.info who will forward to the competition organisers.